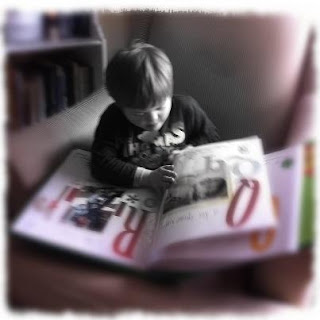 Aidan's kindergarten teacher was very special.  The bond the two of them had was beyond amazing. . .and beyond what I'd ever hoped for.  In writing this little post, I've come to realize something that this wonderful and gifted teacher understands that she made a difference in his life at school, but I don't think she knows of the lasting effects of her teachings.  Shortly after the Humpty Dumpty Medical Centre opened for business, Aidan entered doctor's offices with less fear.  He got comfortable with some of the equipment:  he would hold still for stethoscope listening and ear checks.  Needles, he still went into survival mode - kicking, screaming, squirming, the whole meal deal....but thanks to a teacher with
Posted by Carol N. at 11:17 PM 1 comment: 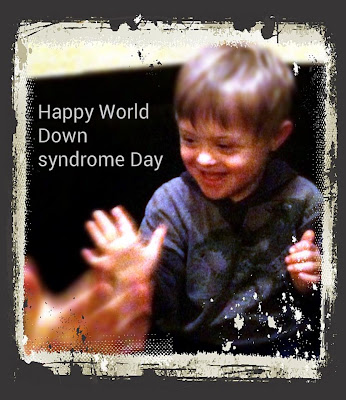 Our words are important!  The word "retard" and "retarded" used in everyday speech to mean "stupid" is not cool. I'm not doing this to be politically correct.  I'm doing it because the ripple effect is powerful and I really want my children (all of them) to grow up in a kind and caring community.

I am still trying to come to terms with how best to "deal with" my issue with the R-Word and other such nonsense.

So, last time I wrote about how I asked a mom from the school not to use the word "retarded" or at least asked her to consider the effect it had on me.  Afterwards, I felt guilty - probably by the way I did it (in front of a couple of other moms) - but also really sad inside.  Now that I've had time to stew, I find myself resenting more and more her reaction to what I said:

She made excuses.
She complained that nobody can keep up with being politically correct.
She said she wasn't talking about a person, but a situation - so she thought it was okay.
I said something like, "you could just say, the decision was stupid."
To which she pretended to be affronted and said, "You just said stupid!"

In retrospect I should have rolled my eyes and said, "you don't get it, do you?"

Retrospect is a funny thing.
It has vintage-like appeal.
In my head, later on,
I ALWAYS have the right thing to say.

An incident last night helped me put this into perspective.  Here's the anecdote:

My son and his friend from middle school were having a funny conversation in the car while I was escorting them home from a movie.  The chatter was really cute and silly . . . and I enjoyed being a fly on the wall listening to my son giggle with his buddy.  As we neared our house though, friend of son started talking in a funny voice, pretending he was stupid.  Then he went on to say he was "mentally challenged."

I pulled the car into our parking spot, and turned around and said, "please don't say that."
He was immediately horrified at what he'd done.  He understood exactly why I said it, and why I was asking him not to say it anymore.
He said, "I'm so sorry, I didn't think about it."
To which I said, "but you get why it's important to me, right?"
"Yeah, because of Aidan.  I'm so sorry."
"I know you wouldn't purposefully do anything to hurt Aidan, and I know people use it without thinking, but you get it, right?"
"I do."
As we walked into the house, he said, "I really am sorry about that."
"I know.  And thanks."

Now, if an eleven-year-old boy in middle school can understand why it's hurtful, you would think an adult woman who looks after kids for a living and wants to get into a job working in a hospital would get it.  Right?

Juggling on a Gerbil Wheel

Oh, dear little blog, I have neglected you!  I really should change the photo header, shouldn't I?
I have no excuses.

Life is good.  Except when it's not.  And, there are varying degrees of not.

I have been trying to stay on the gerbil wheel of MUST-GET-DONES while juggling the demands of work in an age of cutbacks.  People everywhere are asked to do more with less, and be grateful they have the work.  It's become a "suck-it-up buttercup" world.

I am a juggler on a gerbil wheel.  I just bet if I google it, some clever person will have drawn a cartoon of that.

To cope with these demands, I've decided to be a "good-enough mom."  Here's how it looks (in case you too dream of being a good-enough mom):

Lunches made (not a lot of variety, because it's easier to throw together the same thing every day).  Clothes washed (but not ironed).  Aidan bathed and hair washed and the big boys nagged into the shower (but didn't get on them to  floss their teeth).  Homework completed (but not inspiring gold stars).  School drop-offs (but not always on time).
Laugh with the boys (but let the dishes pile up in the sink).


Life is good enough, but the juggler on the gerbil wheel is tired now.  So when I was at the school this morning and heard one of the mom's say, "that's so retarded!" I thought to myself, "let that go."  But I didn't want to.  I didn't want to let it slide because she's a really nice mom..  A sweet and generous mom.  And she deserved to be educated about how it makes people in our little community feel.

(Kind of like somebody just stuck a stick in the gerbil wheel, and the juggler is out of control, and all those important and not-important things the juggler has been tossing around and keeping going are in danger of falling and colliding and going off in all directions.)

So, today, I stopped a very good mom who used the R-Word, and asked her to rethink how she uses it.
Then, I felt horrible for the rest of the day.
Some days, no matter what you say, it just doesn't feel good enough.

Somehow World Down syndrome Day passed me by this year. A friend I grew up with sent me the video below. Those of you in the Down syndrome community might have seen it before, but I didn't want to assume you had, so I'm posting it now - a couple of weeks late.

I must have watched the video 10 times. The song A Thousand Years in my head. The image of Ace jumping up and down, and the smile on Archie's face - and how he reached out to hug her - come to mind over and over again as one of the most beautiful moments ever captured on film.

I showed the video to my students who are going out into the teaching profession - I wanted them to hear Ace's message. I wanted to share the love.

Thank you Ace, Archie and the Eicher family - your video made us all smile wide :o)
Posted by Carol N. at 3:43 PM 1 comment:

Trying to Do a Little Good

I believe we can do a little good.  When one in our community is down, we can rally around show we care.

I've donated The Knight's Gift to the $5000 fundraiser for Subha Gill.  Subha has a rare form of bone cancer.  Her younger brother is in my son's class.  Chemo isn't working.  Stupid cancer. I used acrylics on a 10 x 10 wrapped canvas.  The black frame is digital - the painting appears as below: Text around the outer frame reads:


Even after all these years the sun never says to the earth,
"You owe me."
Look what happens to a love like that.
It lights up the whole sky.
(Hafiz)

HOW TO ENTER A BID:   You can place bids via e-mail at  carolnaha@gmail.com - I will post the bids in the comment section here, as well as on facebook.

Together we're better, and together we can do a little good.