I guess I get a little obsessed with things.  I've been working on two more paintings of the Owl and the Pussycat.  This time with a purpose:  baby gifts for a friend and a colleague.
This one I started first and finished last: 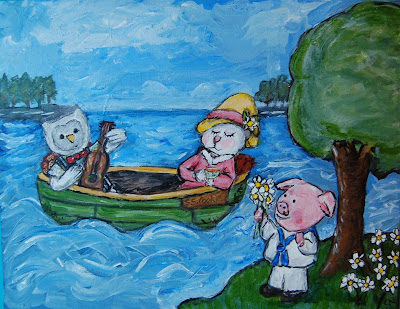 What I liked about this painting: 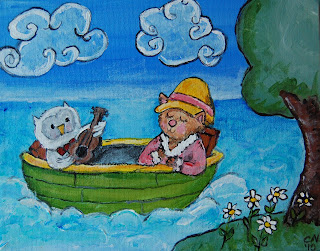 What I liked about this version:

I also loved the depth of the sides allowing me to extend the scenes to the sides: 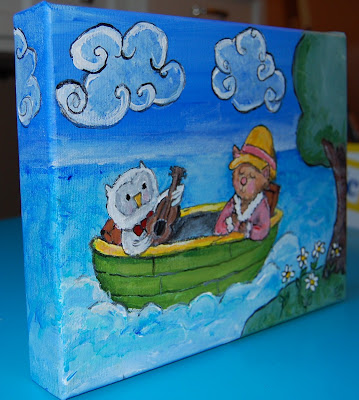 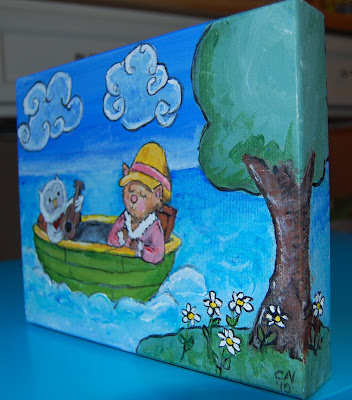 That's it for now.  I know the photographs aren't the best, but they serve a purpose anyhow, I suppose.
The boys are waking - have to go be a mom . . .

These are SO cute! I absolutely LOVE them!